Transforming Bad Habits Into Good Ones 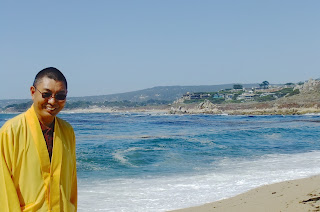 Transforming Bad Habits Into Good Ones

Different people certainly have different personalities and tendencies. In general, people’s habits arise due to the conditioning of the culture of their country, their religion, the kind of friends they associate with, and so on. Whatever a person’s disposition or personality, it makes no difference; since it is their own personality, they don’t have to change it. If someone has fallen into bad habits or addiction, however, they always can, and should make a change. Bad habits arise because of getting used to negative intentions. These mental inclinations are only temporary, however; even some scientists have been asserting that the original nature of people is kind and good.
Yet, we live in a time of five degenerations. What are the five? That of lifespan, view, delusion, beings, and times. In these difficult times of great progress in science and technology the natural goodness of people can get caught up in negative directions of thought and action that harm the environment and are oppressive to others. In particular, the negative aspects of people’s personalities arise through such factors as having narrow minded attitudes, associating with negative friends over extended periods of time, not having the care of a loving parent, and so on.
Now, in speaking about bad habits, I am not thinking of myself as someone who has only good qualities! I am like you in having many samsaric problems. I will say something I know, however, as a reminder. I think it is beneficial to sometimes get a reminder from another person.
There is a saying: ‘We see faults of others with our eyes, but don’t see our own faults!’ Accordingly, it is very difficult for us to see our own faults. Many people feel, ‘I am good. I don’t need to correct or improve myself.’ They may think that, but until we become a fully enlightened being, there is no end to the improvements we can make in ourselves.
The main harmful state of mind that we have become addicted to is ignorance. It is like a general who has led us into battle along with an army of the five poisonous delusions, and following our five senses, we have become seriously and fatally wounded in our body and mind, and fall into endless difficulties. Buddhas and Bodhisattvas, on the other hand, destroy the army-general of ignorance with wisdom awareness and follow the five transcendent wisdoms, by which they have now already attained a state of unexcelled permanent bliss and peace.
Although we have followed a wrong path and fallen over a cliff, it is still not too late for us to realize it and reverse our mistake. The real method to reverse our faulty ways is to identify and acknowledge our mistakes and correct them; there is no other way. Think, ‘From now on I’ll use my mind as much as I can for positive purposes, ways that bring happiness to myself and others; and I must strive to develop the wisdom awareness that is the remedy to confusion and ignorance.’
The way to do this is holy Dharma, there is no other way. All good conduct is shown by the path of Dharma. Non-violence toward others, love and compassion, contentment, humility, generosity, patience, and so on, all good ways of being are revealed in Dharma. The more you study Dharma, hear it and contemplate it, the more you can follow its sublime, noble ways.

Tightly wound imprints of negative minds
Make it impossible to change bad habits.
But, when you practice with effort,
There is nothing you can’t accomplish.

[Buddha] said, I am my own protector
And I am my own enemy.
Other than conquering myself,
No one else can subdue me.

First check your own conduct.
Then counsel others.
We have eyes to see others’ faces
But need a mirror to see our own.

Just knowing how to explain doesn’t make a master
If you can support yourself and keep
Your body, speech, and mind in line with Dharma,
Then you are definitely a true master.

For temporary appointment to a Dharma throne, Khenpo Karten wrote this on August 3rd, 2017