Passing of and Tribute to Desmond Tutu 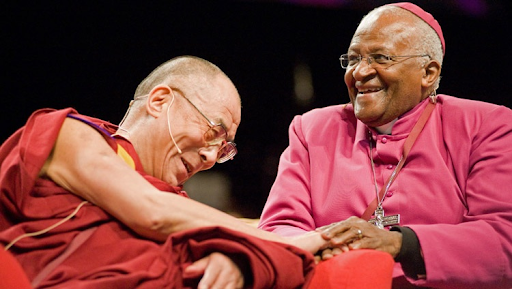 As many of you know, Desmond Tutu, the well-known South African Anglican bishop and theologian, known for his work as an anti-apartheid and human rights activist, passed away on December 26, 2021. Upon hearing the unfortunate news of his passing, I was deeply saddened. This is not only a great loss for the world, but especially heartbreaking for the Tibetan people. Many people are familiar with Desmond Tutu, a prominent global figure.

After he passed away, I listened to a broadcast which recounted his biography. It was very interesting as his story, the apartheid in South Africa and the Black and White people, is similar to what happened to Tibet in China. He worked so hard for world peace, human rights, and many many other issues, and he made a profound and positive impact. 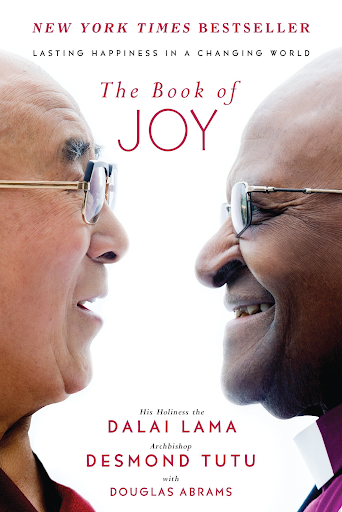 In addition to his role as a humanitarian, Desmond Tutu was an important religious figure: once the Archbishop of Capetown, theologian, and teacher, known as a voice of African theology. In addition, he is also very special to His Holiness the Dalai Lama, his very best friend, as they say. His relationship with His Holiness is well-documented, and you can read more about his life story from many different sources. You can read the book that the two co-authored: The Book of Joy: Lasting Happiness in a Changing World, which is widely acclaimed as a wonderful book. If you would like to watch a short video which illustrates a bit more about their special relationship, please follow this link:Facebook Video

I feel that their friendship is such a great example, being from two different religions, a Buddhist and a Christian, and different nationalities, one from Tibet and one from South Africa, both Nobel Peace Prize Laureates. Interreligious dialogue, fellowship, and harmony is of utmost importance to me. People from all religions now inhabit this planet as a big home together, and we must cohabitate in peace. A few days before the passing of Desmond Tutu, a student of mine sent me the Christian Bible translated into Tibetan. In conversation, I expressed my desire to learn more about Christianity, so he decided to find a copy of the Bible in Tibetan and had it mailed to me. 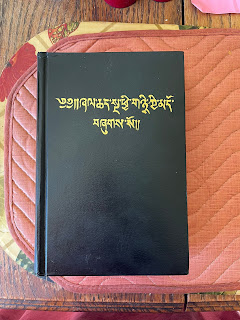 I am very saddened because, in the world right now, good people, especially good leaders, are very rare, and we have lost one of them. Just look at the leaders of most nations; instead of being peacemakers, they terrify their own citizens and other countries, threatening each other and displaying their power and strength through weapons, technology, intimidation, etc. This is a very sad state of affairs, I feel.

We do have a few good people, such as His Holiness the Dalai Lama, Desmond Tutu, and some others, I believe. I deeply believe that the world desperately needs good people. We say, world peace does not come from outside or outer circumstances; it comes from inside humanity. As His Holiness always says, world peace is within you. First, you must have peace of mind, love, and compassion. Then, work together – just like His Holiness and Desmond Tutu – good people all working together for world peace, then achieve world peace. Now that Desmond Tutu has passed away, in order to honor his dream and legacy, what are we going to do? We must continue his aspiration of peace; world peace has not been accomplished, and if you are among those who believe in him and his goal, whatever religion, if you are very genuine and serious from your heart, you must do something by taking action.

Remembering Desmond Tutu, an illustrious religious leader and activist, and his legacy, I am deeply saddened that the world has lost a peerless example of a first-class human being; I hope that we follow his example and continue his legacy.

I, Khenpo Karten Rinpoche, dictated this short blog post following the passing of Desmond Tutu, great religious leader, humanitarian, and friend of His Holiness the Dalai Lama and theTibetan people. This blog was transcribed by my student, Karma Choeying, through a series of audio recorded messages and conversations.