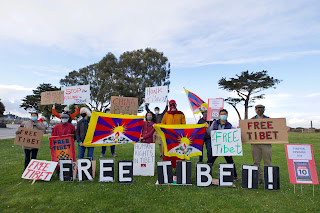 In 1959, my homeland of Tibet was invaded and forcibly taken over by Communist China.

In 1959, my homeland of Tibet was invaded and forcibly taken over by Communist China. 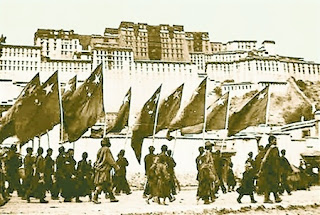 Fortunately, His Holiness the Dalai Lama escaped from Tibet, and over 100,000 Tibetans subsequently followed him into exile to India.  Around 1965, a Cultural Revolution was set into motion inside Tibet and continued over the next 10 years; during this period, monasteries were desecrated and destroyed. With the sole intention of transforming the land of Tibet into Chinese territory, the Communist regime implemented all possible strategies, physical and psychological, soft and harsh, with the ultimate aim of completely destroying the environment of Tibet and eradicating Tibetan culture.

An interesting human characteristic is that it is easy to change one’s physical condition, but extremely difficult to transform one’s mindset, especially when one is forced to change one’s own cultural and traditional dispositions passed down from generation to generation over thousands of years. The essence of Tibetan culture which is rooted in the teachings of the Buddha is to benefit others, and specifically to train one’s mind. His Holiness the Dalai Lama has made it his lifelong effort to preserve this culture because of its immense potential to benefit others. 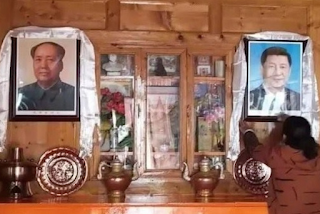 When I was in Tibet, they forced us to participate in political indoctrination and propagandism where we were fed ideas and beliefs that the times of old Tibet were of hardship and antiquated, and that the new dawn of happiness had arrived. Officials lied and misled, alternating between harsh and sweet words to persuade, coax, and impel Tibetan people, all with the aim of erasing the basic identity and culture of the Tibetan people. They claimed that Dharma, or religion, is bad, they forced people to disrespect His Holiness the Dalai Lama, reduced the number of monks in the monasteries, and severed relationships between monasteries and the lay community. While I was in Tibet, Communist officials hindered promising students who showed potential from entering into monasteries. Officials would pull these young men aside and entice them to enjoy material life and worldly indulgence.  Stores which sold liquor and tobacco and even brothels were positioned near monasteries. Prostitutes were let inside the monasteries where monks were deliberately made to break their vows.

Another tactic to exploit the psyche of the people was with the construction of railway and road networks. On a surface level, it may seem that these projects were undertaken for the benefit of the Tibetan people;in reality, these infrastructure projects were not undertaken with the wellbeing of the Tibetan people in mind. After completion of the roadways to Lhasa, tourists were encouraged to visit the city, and Chinese citizens were encouraged to relocate to Lhasa, make a living, and settle there never to return to China. There were also other policies aimed to help outsiders to establish themselves.  Strategically, young Chinese men and women were brought to Lhasa, and marriage between Tibetans and Chinese were encouraged with monetary incentives.  Also, rich resources in the Tibetan plateau such as mineral deposits and water are extracted and used without restraint. 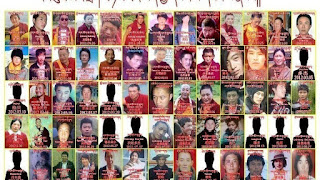 Additionally, after His Holiness the Dalai Lama left Tibet, many other Tibetan reincarnate lamas and scholars, such as the 10th Panchen Lama, Gungthang Tempe Gyaltsen, Khenpo Jigme Phuntsok, and Lithang Tulku Tenzin Delek, were targeted and then poisoned or tortured in prisons and have hence passed away, dispatching the best of our society. Without renown spiritual leaders such as these, the Tibetan people did not have many figures to turn to for refuge and support. All these and many more tactics are employed by the Communist regime on an ongoing basis. When it comes to altering one’s deep rooted culture and beliefs by force, the suffering is unimaginable, and even if one has to give up one’s life, one is ready to do so. Thus, when Tibetans inside Tibet are confronted with the ultimatum to either give up their beliefs held for centuries or give up their own lives, they choose the latter. So far, 158 individuals have self-immolated.  These are the figures on record, but we cannot even estimate the number of people who were tortured, imprisoned, or unaccounted for. That is why Tibetans feel deeply desperate, and, in order to gain some attention to their plight, they sacrifice their lives.

Recently, I witnessed something unthinkable that perhaps no one can fathom: in Kirti Gompa, a Monastery in the Ngaba Prefecture, working committee members were ordered to display a thangka (a Tibetan Buddhist painting usually depicting an enlightened being, a deity, or mandala) with the picture of Chinese leaders, such as Mao Zedong and Xi Jinping, next to the statute of the Buddha, denoting equality of the two, and they announced that a national flag of China was to be hung next to the Dharma flag on top of the monastery. They were told to pay respects to the Chinese Communist leaders and to hold the regime in reverence as much as they revered the Buddha. Kirti Monastery is one of the main centers for the preservation of Tibetan religion and culture, and is thus seen by Chinese authorities as a Tibetan stronghold and a monastery with strong resistance.  As is said in a Tibetan saying, “When the goat gets shaved, the sheep shivers”; such a policy imposed on the Kirti Monastery exemplifies the trend being set for other cultural centers of learning inside Tibet.

How can people who believe in truth, justice, and basic human rights look the other way and act indifferently to such oppressive actions? How can such misdeeds be justified for a believer in Dharma?

Since Mao Zedong's Communist regime came to Tibet, Tibetans have endured a living hell on earth.  Families were separated, immeasurable suffering caused the loss of countless lives, His Holiness the Dalai Lama had to leave his own country, and, since 1959, religion and culture have been cut from their roots.  Nothing worse could have happened to Tibet and its people and now to command monasteries to display pictures of the communist leaders who have caused immeasurable pain and suffering alongside images of Buddha constitutes what?  I was extremely distraught to hear this.  Occasionally I speak with people inside Tibet and feel their growing anguish.  Economic growth in China has no doubt reached them and they have gained some material benefits; nevertheless, their mind is never at ease.  As our conversations continue, they see and feel the ever increasing oppressive measures imposed upon them thereby suffering greatly.  For these reasons, so far 158 people have self-immolated inside Tibet. When we try to understand why these individuals resorted to the desperate act of self-immolation, they did so because the Communist officials rain down terror upon Tibetan villages and insult their spiritual teachers and elders. For them it is better to be free than to live with such daily oppression. 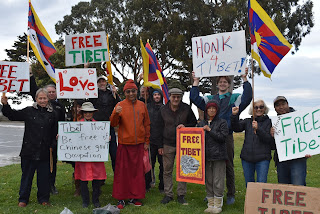 As for me, I was born during the cultural revolution in 1965. I have personally witnessed grave suffering of my family members, my spiritual teachers, and many others. Having faced such political hardship, I had to leave and currently reside outside Tibet.  I feel strongly that if those of us who are outside Tibet don’t speak up, no one will.  I am a Buddhist monk but I believe that I have a responsibility to speak up about the current averse conditions inside Tibet.  As I have done every March 10th, the Tibetan Uprising Day, and with these recent events inside Tibet, I am extremely disheartened and want to share this message with the public.

For those of you who either support the cause of Tibet or who support the truth, I urge you to pay attention. Those who support the cause of Tibet, you are not only supporting a small political territory, but supporting a nation of people that for centuries strived to live in peace and adopt a non-violent way of life.  In the world today, we are confronted with many issues that stem from the lack of truth. That is why I urge you to again give some attention to this situation and thus conclude my thoughts on this day, March 10, which marks the Tibetan Uprising Day. I ask you to please excuse any unintelligibility which comes from limitations on my fluency in the English language and the difficulties of translating such a serious and complex matter such as this.

I, Khenpo Karten Rinpoche, dictated message before March 10, 2021, as I do every year on the occasion of Tibetan Uprising Day. This blog was translated and transcribed by Dechen Paltso, through a series of conversations and audio recorded messages, and further edited by student, Karma Choeying.