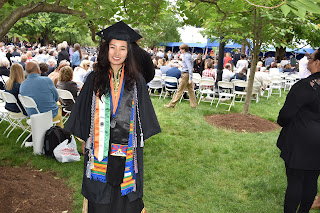 Medicine For The Mind

I want to say a few words for my very dear Dharma brothers here in Boston. It has been quite a few years since my friend Ed introduced me to you and I am very happy that we have become friends. Today, along with speaking about my root Guru, Kyabje Sangye Tenzin Rinpoche, I wanted to say a few words about the kind of attitude that can help when obstacles and bad situations arise.

When things are good, send it out to all beings.
May the benefit and bliss fill all of space!
When things are bad, take away the sufferings of all;
May the ocean of samsara be dried up!

If I am sick, that sickness makes me happy:
It exhausts the bad karma I’ve previously committed.
If I’m not sick, not being sick makes me happy:
My virtuous practice will flourish in this life for a long time.

At this time you must also be patient and try not to be disturbed no matter what kind of pain, loss and hardship you encounter; there is no other choice. It doesn’t help to just grieve and worry. As said in Guide to the Bodhisattva Conduct,

Take this prison for example. By getting angry with others and causing them to suffer, not only will you harm them; you will also add to your own suffering. You will be tormented in body and mind, both. Instead of it hurting others it will definitely hurt you, yourself. There is no real ‘winning’ through the force of anger. Better than that is to absorb yourself in love and compassion; then the ultimate victory will be yours.
In The Thirty-Seven Practices of the Bodhisattvas, it is said,

If you don’t conquer the enemy of your own anger
Outer enemies will only multiply even if you conquer them.
Therefore it is the practice of Bodhisattvas
To control their own mind with the armies of love and compassion.

That verse changed my life. When I was young, my mother, uncle and other family members were killed by the Chinese government; my root Guru had been put into prison for twenty-one years, and so forth. Because of this I was constantly angry at the Chinese government. I thought I should take off my monk’s robes and get revenge against the Chinese communists. I was young at that time and had a youngster’s mentality. I didn’t know how I should retaliate. One time, at my father’s insistence, I was brought to meet Sangye Tenzin Rinpoche. He had just been released from prison. He handed me a copy of The Thirty-Seven Practices of the Bodhisattvas and had me read it right then and there. When I came to this verse, I think it’s the twenty-second, it was like the boiling water of my hatred had been poured into a cool lake of love and compassion (bodhicitta) and a balmy feeling of bliss enveloped me. Ever since then I vowed never to hate and be resentful towards the Chinese people, and I went back to the path of a monk as before. That verse changed my whole life. It is thanks to those words that I am still wearing the robes of a monk today. If Dharma strikes the right point you don’t have to know many teachings for it to captivate your heart and mind. The smallest practice of Dharma can definitely transform your mind.
Your physical pleasure and pain depend on good and bad karma created in the past, as well as temporary conditions. As for your mind, however, no one else can ever control it. It is always in your own hands. If your mind is happy, even if you are in a prison, it is not a prison; it is like a sacred temple. If your mind is unhappy, even if you have all the wealth in the world, it won’t help. There are many wealthy people these days who are not at all happy. Real happiness must come from the mind. Such happiness arises in dependence upon Dharma practice; there is no other way.
If you think in a good way, experiences of hardship and suffering can act as a cause for the positive energy and practice in your mind to increase, as in the account of my root Guru’s time in prison.
Geshe Langri Thangpa said,

When I see people of bad nature,
Who are oppressed by intense pain and negativity,
May I cherish them like coming across a mine of jewels
That was extremely difficult to find.

When others, out of jealousy,
Unjustly abuse me
May I take the loss,
And offer victory to others.

Contemplating and meditating as much as you can on extremely blessed instructions like these will be of great benefit.

Selfishness is the way that everything gets worse
While cherishing my mothers is the basis for everything good.
Bless me to make the yoga of exchange
Of my own happiness for the sufferings of others, the core of my practice.

Therefore, compassionate Guru bless me
That my wandering mothers’ harms, hindrances, and suffering,
All whatsoever may ripen upon me now,
And, that by sending my joy and virtue to others,
All beings may come to have happiness and bliss.

Though beings and lands are filled with evil's fruits,
And unwanted sufferings fall like rain,
Seeing that they exhaust bad deed's fruits,
Bless me to take misfortune on the path.
In brief, whatever happens, good or bad,
May I transform it into the spiritual path
By means of ‘tong-len’, essence of Dharma,
And meditate in nothing but blissful mind.

There are many very potent teachings like this which are definitely beneficial to read and meditate upon.
When we encounter difficult situations we should keep a broad perspective. If you are a monk you are urged to transform bad situations, delusions, and suffering into positive factors for the path to Enlightenment, and to be thankful for sickness, demons, obstructers, enemies, and so forth for being a condition to purify negative karma. Even if that’s not possible, we mustn’t let temporary slight physical suffering cause us to become so mentally disturbed that we commit suicide, etc.
Real happiness derives from the mind. Happiness of the senses that comes from outer pleasures and wealth is a deceptive kind of happiness, like a fish being fooled by the bait on a hook. People believe that the pleasant feelings they experience through their senses are real happiness, but Buddha says that it is the suffering of change. No matter how much external pleasure we enjoy it can’t dispel inner suffering of the mind. Not only that, because of the hopes and fears it causes, it only adds to our mental suffering. If the mind within is happy, even without much pleasures and wealth, the mental happiness is conducive to good health, long life, less sickness, and so on; it can bring this kind of direct benefit. Mind is like a king that creates everything. When that is experienced, no person could put you in prison. Neither can they control you; it is always under your own control.
I will never forget you. We can meet every year. Be happy!
Tashi Delek

Even if your pleasure equals that of the gods,
Mind suffers from the sickness of hope and fear.
This body beset with many sufferings when viewed
As a bad condition to aid the path, becomes medicine for the mind.

The mind’s nature is stainless clear light
Forever free of concepts, bad karma, and suffering,
Not realizing this, alas! sentient beings are deceived,
And therefore wander in a suffering round of existence.

Harmed by enemies, tortured by sickness of delusion,
Deprived of livelihood, and so on, this suffering of the body,
Is dispelled by the supreme medicine of bodhicitta.
The essential instruction is ‘tong-len’, giving and taking,
Exchanging your own happiness for others’ suffering.

This bad disease of holding on to resentment,
And the evil spirit of unwanted situations and obstacles,
Is pacified by the supreme medicine of bodhicitta;
Don’t forget! Practice it! I will help you.

I, Khenpo Karten, respectfully wrote down here some of my thoughts for the convenient practice of Dharma for my very dear Dharma brothers in Boston.