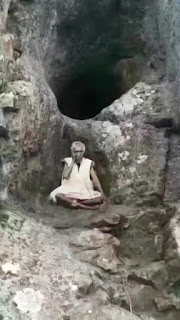 The following is a preview of one of the chapters of my childhood story and autobiography, “The Precious One from Digla: *Oyotari". In 2009, one of my heart students from Singapore, Tsering Lhamo, expressed her interest in writing about my childhood experiences and formative years in Tibet. This, along with requests from other students who had asked me about my life and background, prompted the initiation of this undertaking. Tsering Lhamo spends countless hours listening to me on voice recordings, conversing with me, transcribing, and converting everything into literary prose.

*When I was young, the whole village nicknamed me Oyotari, which literally means 'little grey puppy.' They used to say that Oyotari was a very nice and sweet little boy.

This is a preview of the fourth chapter of the book about my meeting with the great Tibetan yogi Drupchen Karnor Rinpoche before I began my three-year retreat:

When you rely on them your faults come to an end. And your good qualities grow like the waxing moon. Cherish spiritual teachers even more than your own body - This is the practice of Bodhisattvas. -- Ngulchu Thogme Zangpo, The 37 Practices of a Bodhisattva Verse #6

At one time, my guru, Sangye Tenzin Rinpoche, took all the young monks at Japa, including me, to visit Drupchen Karnor Rinpoche. Drupchen Karnor Rinpoche was one of the closest disciples of the Fifteenth Karmapa, Khachab Dorje, the Karmapas being the line of incarnations who head the Karma Kagyu lineage of Tibetan Buddhism. Drupchen Karnor was renowned as a great accomplished adept of the Six Yogas of Naropa, especially tummo (generation of psychic heat), so much so, that many believed him to be the rebirth of Tibetan’s greatest yogi-saint, Milarepa. Though a fully ordained monk, Drupchen wore only thin white cotton robes-even in the coldest Tibetan winters-due to the power of his tummo meditation.

We brought along some food supplies with us. The journey took five to six days by horseback. Like Milarepa, he lived in a cave in the high mountains of Lathok. It is one of the coldest regions in Tibet but Drupchen Rinpoche did not feel the extreme arctic-like winter climate at all. After a snowfall, Rinpoche would meditate all night in the snow. The very next morning all the snow would be melted away around him. One could also feel the heat emanating from Rinpoche's body if you sat close enough to him . In fact, the whole cave would feel warm with Rinpoche's presence and not actually freezing cold, like it was outside the cave. That was how powerful his practice was. The six Yogas of Naropa is a higher tantric meditation practice, and tummo is one of the practices to generate inner heat or blissful fire. When the yogi has fully mastered this technique then he will have an unsurpassable control over his physical body.

Rinpoche was also an accomplished yogi who had mastered chulen, or extracting the essence of the elements of fire, air and water from the earth. This practice of chulen has an outer and an inner form. Outer chulen relies on a specially prepared formulation of blessed medicinal pills (mendrup), whereby the yogin, consuming one pill a day, is able to subsist with little to no food, while increasing meditative stability and clarity. Practicing the inner chulen, the yogi or yogini extracts the subtle essence of the external elements through yogic techniques and visualization alone, without even the meditation pills. Two benefits of chulen are that a meditator is able to remain in isolated retreat for months or years at a time without dependence on physical food for survival, and that, not being weighed down, by the heaviness and impurities of food, one can achieve extremely subtle levels of meditation. Drupchen Rinpoche had mastered both outer and inner chulen. It was known that he would only transmit the chulen instructions to those rare disciples who had completed at least nine years of strict retreat and who had mastered the tsa-lung practices, and then to only one yogi at a time. I only know of one master who received these most precious and secret teachings from Drupchen Rinpoche. 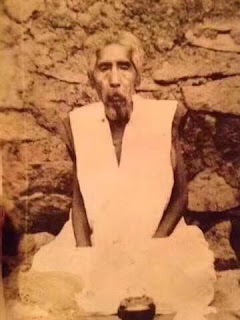 It was such a good opportunity for me, as I did not know then that he was an important lama. Only now do I realize that he was a very good teacher, and he gave us numerous teachings on Mahamudra, Dzogchen and the Six Yogas of Naropa. This was before I went for my three year, three months, three day, intensive retreat. We spent approximately fifteen days at Kanor Rinpoche's cave, but I did not really understand these higher teachings at that time. Rinpoche bestowed upon us, empowerments in the Kagyu Tradition and other secret teachings as well. Finally, on this visit, Karnor Rinpoche bestowed on all of us young monks the vows of full monastic ordination. Looking back, I feel so fortunate that Sangye Tenzin Rinpoche took us to meet Drupchen Karnor before I began my three-year retreat, because he passed into parinirvana during my retreat.